Nespawershefyt (‘The one who belongs to the Great One of the Ram’s Head’), also known as Nesamun (‘The one who belongs to Amun’), was a high-ranking official who worked at the Temple of Karnak in ancient Thebes. While the inscriptions on his coffin set tell us he held a number of different honorary and functional titles (they are inscribed more than 40 times on his coffins!), his principal roles at the time of his death were ‘supervisor of craftsmen’s workshops (in Karnak)’ and ‘supervisor of scribes in the house of Amun’. Interestingly, however, these titles were added at some point after the coffin set was complete, perhaps as the result of a promotion. In several places on the coffin set, for example, the text has been re-varnished to conceal the earlier title - ‘Great One of the Water of the House of Amun’. Unusually, this title is not attested from any other ancient source.

It is perhaps not surprising that someone so high-ranking in the arts and crafts profession had such an exquisitely decorated set of coffins. Presumably, Nespawershefyt had considerable say not only in the content of the textual and visual programme on the coffins, but also which artisans would create it.

Recent excavations at Karnak, by the Centre Franco-Égyptien d’Étude des Temples de Karnak in the area south and east of the Sacred Lake, have uncovered the remains of buildings from around the time of Nespawershefyt, which might be the working places of scribes and craftsmen, close to a very large storehouse. There also seems to have been accommodation for these workers. This is highly suggestive of the type of area where Nespawershefyt would have worked. Unfortunately, as with so many ancient Egyptian coffins, we do not know the whereabouts of the owner’s mummy or the original tomb in which it was housed. 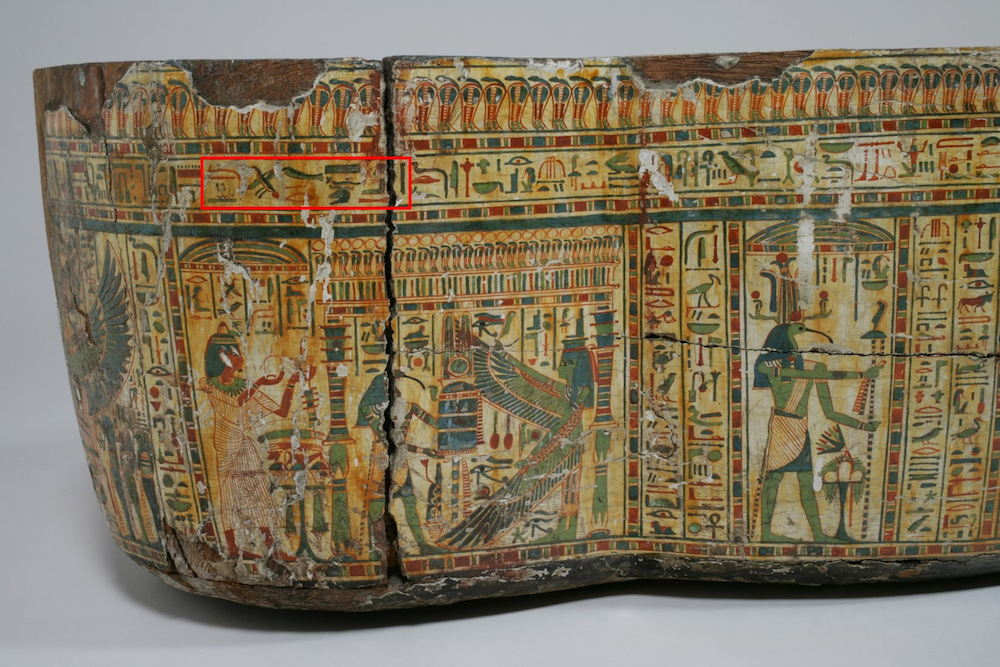 The name of the owner, Nespawershefyt true of voice, written in Egyptian hieroglyphs. 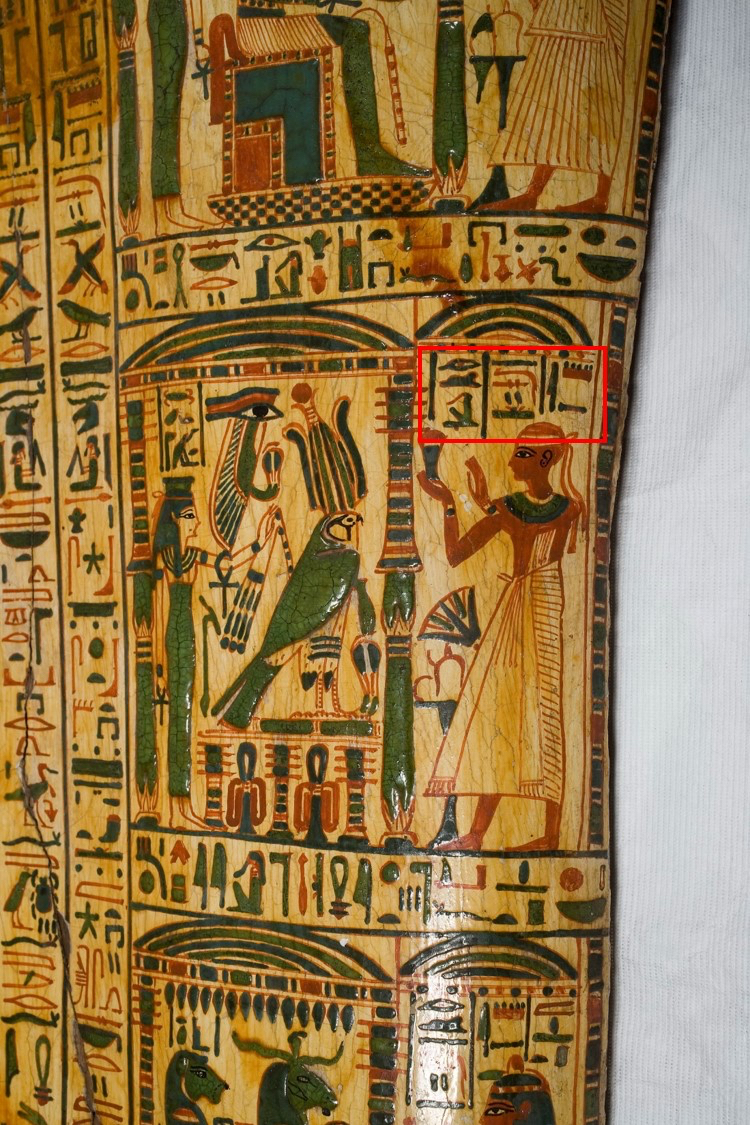 The abbreviated name of the owner, Nesamun, written in Egyptian hieroglyphs. 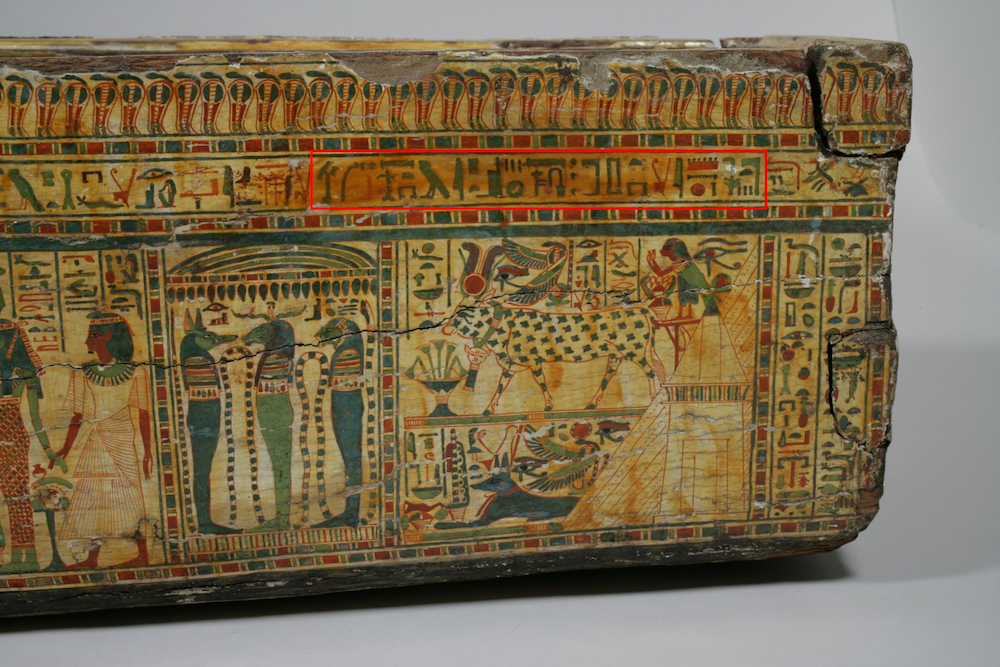 One of the areas of Nespawershefyt's coffin set showing where changes have been made to his titles.

The original title appearing beneath the re-varnished areas, which reads 'Great One of the Water of the House of Amun'.