less than 1 minute to read

Wooden anthropoid coffin set of Nespawershefyt comprising a mummy board, inner coffin and outer coffin complete with lids and boxes. The mummy board, which once had a wooden rim support fixed to the underside of the head, would have been placed over the mummy, before being interred in the smaller inner coffin, which nested inside the larger outer one. The coffin set is attributed to Thebes and on stylistic grounds dates to the Third Intermediate Period (Dynasty 21). It is richly and densely decorated inside and out in just a few bold colours with various religious scenes, including magical spells from the Book of the Dead and the owner making offerings before different gods and goddesses. The texts describe the types of offerings Nespawershefyt will receive in the afterlife, his titles, spells to assist the deceased in his successful passage to the netherworld and invocations to the gods.

The coffin set of Nespawershefyt consists of the following elements, which are each discussed separately: 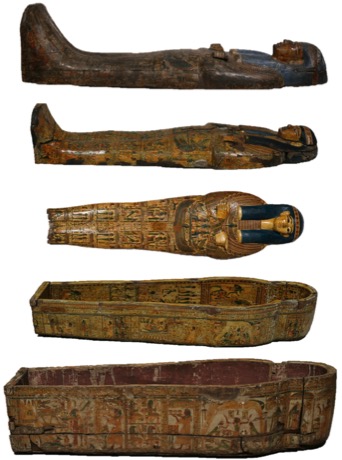 The nested coffins of Nespawershefyt 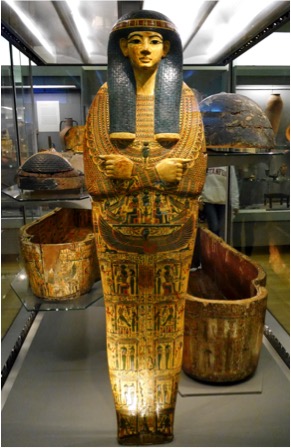 Mummy board of Nespawershefyt on display in the Egyptian galleries at the Fitzwilliam Museum.