How were the coffins of Nespawershefyt decorated?

The technical expertise demonstrated by the craftsmen and the aesthetic effect achieved on Nespawershefyt’s coffin set is exceptional. Using a very limited, but bold palette, the decoration has been painted onto one or more layers of calcite paste applied to the wooden carcass over strips of linen fabric. The painting was carried out using a variety of pens made from single hollow stems and brushes made from plant fibres or sticks of fibrous wood bundled together.

A very thin wash of lemon yellow orpiment (an arsenic sulphide mineral commonly used as a substitute to gold) was applied over the white preparation layer on the mummy board and inner coffin, while the white layer has been left exposed as the background on the outer coffin. The rear of the mummy board is painted a deep red-brown.

The outline for the decoration and text was laid out with great care and precision using red earth paint (a few setting out lines in black also appear on the inner coffin box). After the drawing was complete, the red, blue and green areas of the design were filled in. Each colour was applied in turn; suggesting a single batch of paint was produced and used across the coffin in the workshop before mixing the next colour. This may have been because the gums and glue mixed with the pigments to make paint had a tendency to congeal, dry or need re-heating.

The different blue and green shapes in the text and iconography have been built up in high relief and details such as the outlines for the eyes, mouths and beards have been added in black. The irises of the eyes are white. The overall decoration and text has been varnished using a natural tree resin (pistacia resin), sometimes also known as mastic. This adds a high gloss finish to the coffins and saturates the colours, although we still have little understanding about how the ancient Egyptians actually applied it.

There are several clues in the paint and varnish to indicate how the painter oriented the coffin during the painting process. For example, the Egyptian blue and green pigments were often applied thickly as a viscous paint which tended to gather in incipient drips as it dried. Based on this, it is perhaps no surprise then that the interiors of the coffin boxes appear to have been painted standing upright on the foot ends, while the scenes of the exterior sides were painted with the boxes lying flat on their base boards.

The craftsmen have also left a number of very human touches on Nespawershefyt’s coffin set. Some fingerprints, for example, appear in the varnished surface on the upper side of the mummy board and on the underside of the inner coffin lid rim there are handprints where someone with their hands covered in varnish, picked up the lid. There is also a small protective wedjat-eye sign doodled on the underside of the inner coffin box. 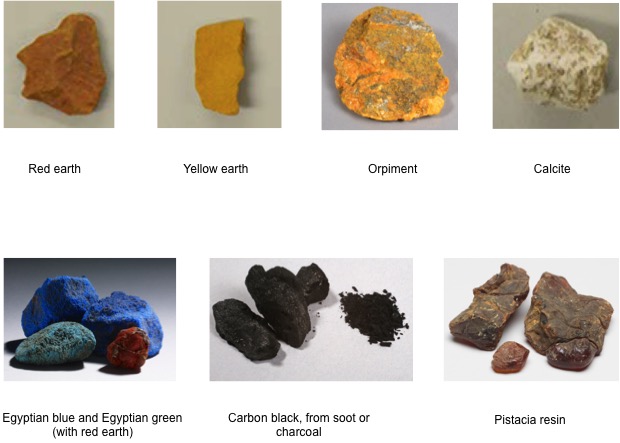 The different range of pigments, and varnish, used in Nespawershefyt's coffin set. 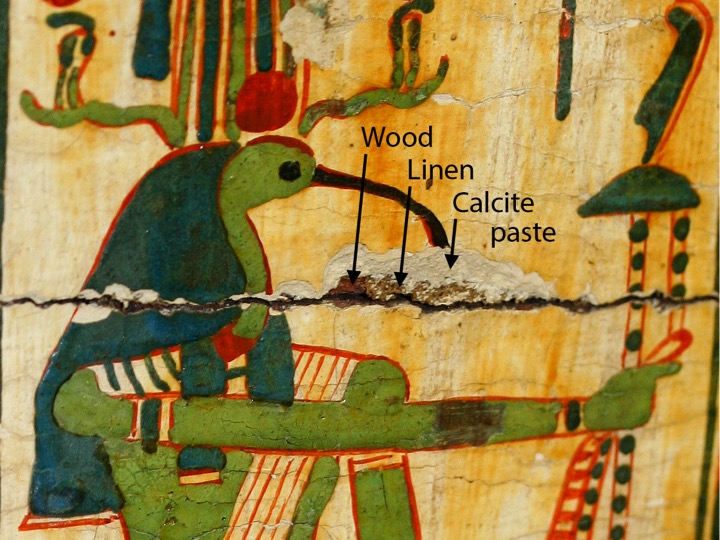 Replica pens made from the rush Junctus maritimus. 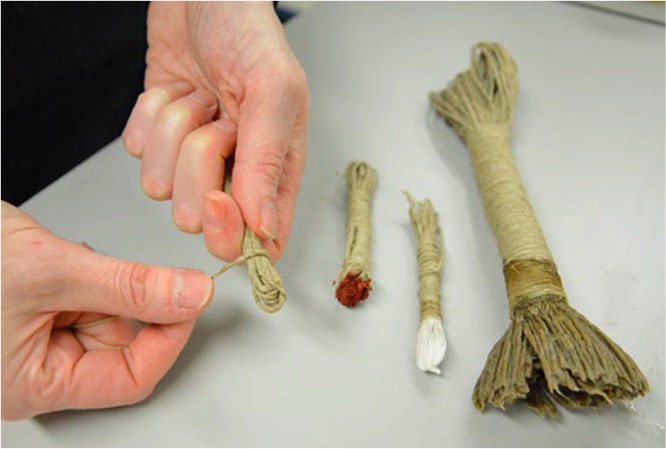 Replica brushes made from bundles of vegetable fibres (thin rope). 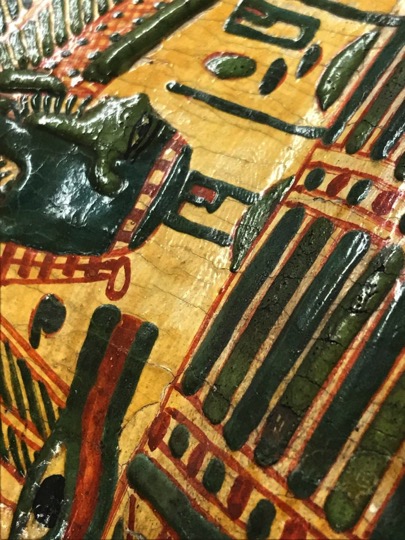 Detail of Nespawershefyt's mummy board bearing an ancient fingerprint. 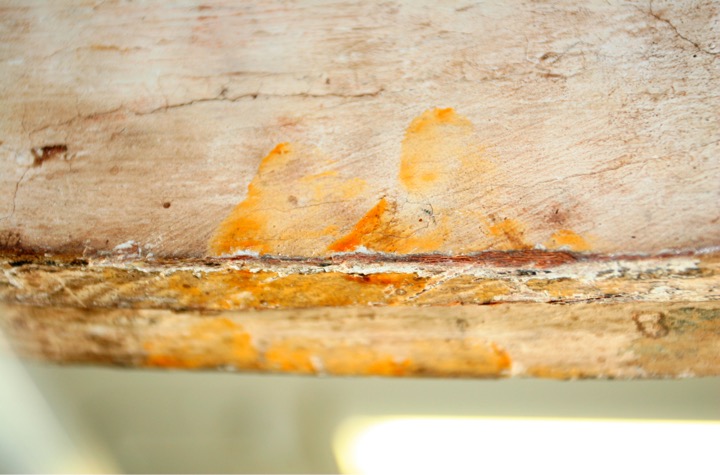 Handprints on the underside of Nespawershefyt's inner coffin lid where someone with their hands covered in varnish picked up the lid. 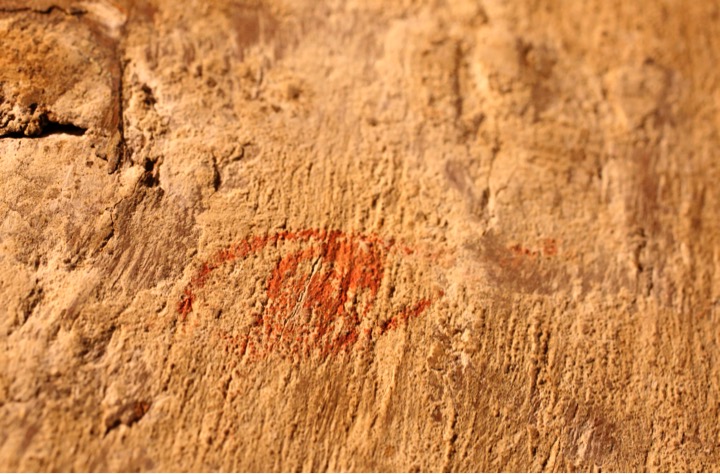 A wedjat-eye doodle on the underside of Nespawershefyt's inner coffin box.