The hieroglyphic text and decorative programme on Pakepu’s coffins provide us with some insights into his identity, social status, family and working life.

Pakepu was a middle-ranking official who held the title wAH-mw jmntt wAst, or ‘water pourer on the west of Thebes’, often simply abbreviated to wAH-mw, ‘water pourer’. Perhaps better known by the Greek translation of the term ‘choachyte’, the role of the wAH-mw was to maintain the funerary cult of the deceased on behalf of their families. This included managing the deceased’s tomb and performing the funerary rites. American Egyptologist Cynthia Sheikholeslami has studied the title at length and has shown from later documents that the wAH-mw’s were also involved in finding a suitable burial place for the deceased, transferring the body and settling the taxes.

The earliest evidence for the wAH-mw’s come from the Ramesside Period (late Dynasty 20, c. 1100-1077 BC) at Deir el-Medina and can be traced in the funerary and archaeological records until Roman times. The title appears to have been passed down through the family, from at least the Third Intermediate Period, as we can also see in the case of Pakepu given that his father is similarly identified as a wAH-mw on the exterior of the inner coffin box.

Pakepu’s father was a man called Amenhotep-iu-initu and his mother was the ‘noble lady of the house’, Irty-aru. Based on the style of Pakepu’s coffin set, in addition to his title, we know that he lived in Thebes at the end of the 25th Dynasty (c. 680 – 664 BC). At this time in Egypt’s history, a family of rulers originating from the Kingdom of Kush in ancient Nubia (modern day Upper Egypt/northern Sudan) ruled the country.

Pakepu's name as shown on the exterior of the intermediate coffin box. 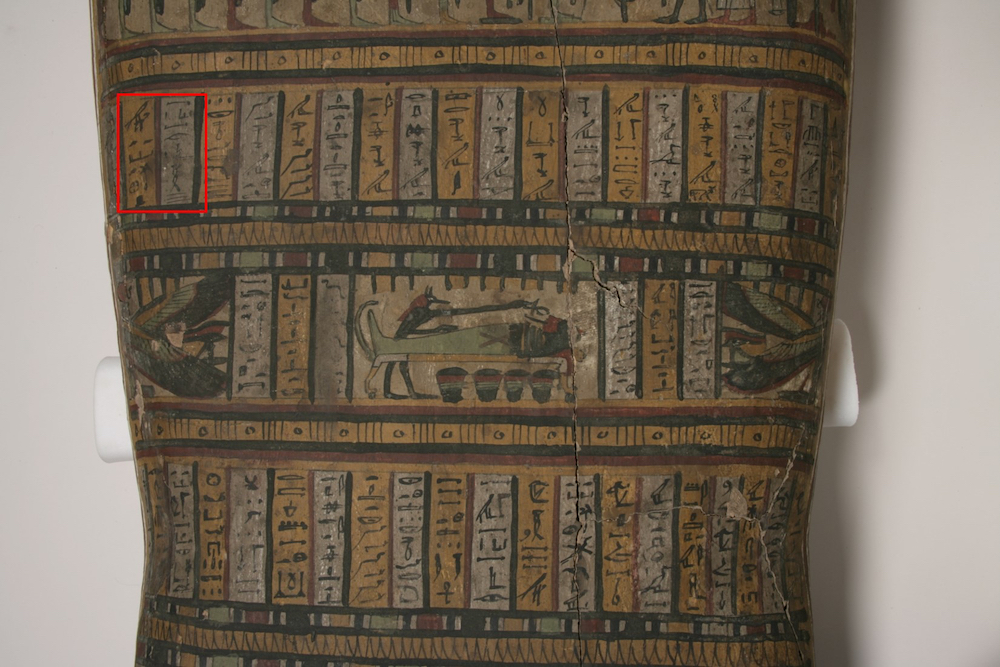 Intermediate coffin lid of Pakepu showing his title 'to the kA of the Osiris, the water pourer on the west of Thebes'. 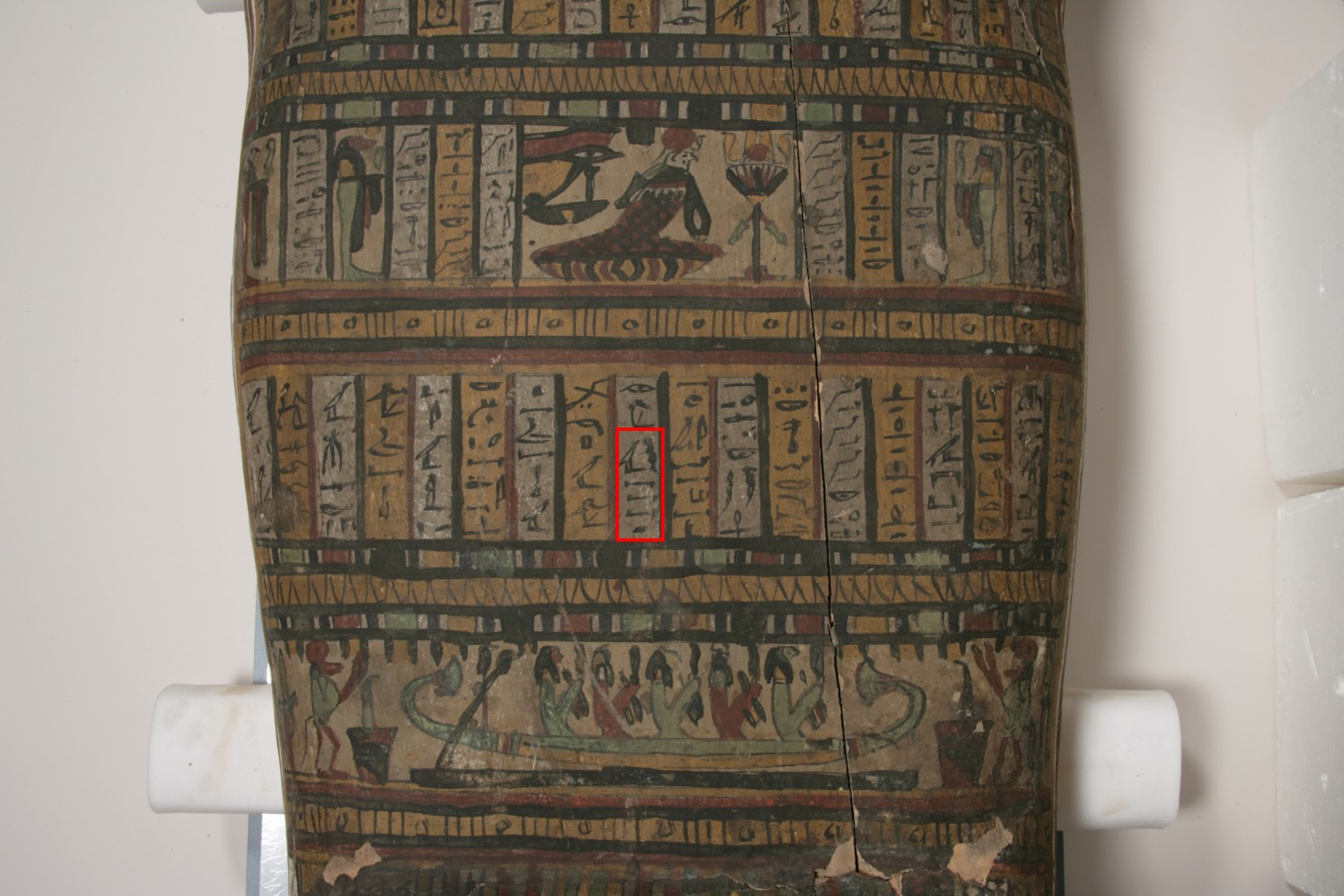 Abbreviated writing of Pakepu's title which reads 'the water pourer'.

Pakepu's father's name, Amenhotep-iu-initu, preceded by his title, which is also 'the water pourer'.