It is with great sadness that we announce the passing of Jennifer (Jenny) Marchant (1979-2020). Jenny was a Conservator of Antiquities at the Fitzwilliam Museum and played a pivotal part in the Fitzwilliam Egyptian coffins project. In this post we pay tribute to Jenny and share some reflections on her personal and professonal life.

After completing a degree in archaeological science at Sheffield University in 2001, Jenny worked in the heritage sector as a field archaeologist, a landscape archaeologist and a community archaeologist. But some years later she changed direction a little and undertook an MA at Lincoln University in the Conservation of Historic Objects.

In April 2012, Jenny joined us in the Fitzwilliam taking up a six-month Institute of Conservation/HLF internship in the examination and conservation of Egyptian coffins. As our coffin studies gained pace, we were delighted to retain Jenny’s rapidly growing expertise as our project conservator. Then, in July 2014, Jenny was appointed Conservator of Antiquities, a post she held until her premature death at only 40 years of age on 7 June 2020.

Jenny’s considerable achievements and vibrant personality contributed to the work of the Museum and affected the lives of her colleagues in many ways.

From her internship work, she developed a real passion for the investigation and conservation of Egyptian organic materials and relished spending April 2013 at the site of Tell el Amarna in Egypt with Fitzwilliam colleagues Julie Dawson and Flavia Ravaioli, lifting and treating some of the most seriously deteriorated basketry and painted wood a conservator would never hope to encounter.

She became the backbone of the second phase of our coffins work, which culminated in the 2016 exhibition Death on the Nile: Uncovering the afterlife of ancient Egypt. Jenny collated the earlier results, set up and carried out a great deal of the new work, contributed to the catalogue and supervised the antiquities conservation laboratory and its interns. Her unstinting support, awe-inspiring love of a list and cheerful determination, in addition to her research skills and conservation expertise, were crucial to the success of the show and the development of the Egyptians coffins website.

Jenny’s particular interest was in the structure and composition of the decorative surfaces on the coffins and she worked hard gathering new skills to support the investigations, in particular the use of UV-Vis-NIR Fibre Optic Reflectance Spectrometry (FORS) for the identification of pigments, waxes and oils and the use of Visible-light Induced Luminescence (VIL) photography in the identification of Egyptian blue pigment.

Unsurprisingly, given her precise and organized mind, another of Jenny’s passions was documentation. Her memorable and refreshing talk at the University of Cambridge Museums Science of Art event in December 2018 began with a slide of freshly laundered clothes billowing in the wind on a washing line and a warning that a small amount of conservation documentation dirty linen would be on show for the next twenty minutes. She was a founder member of the Institute of Conservation’s Documentation Network and went on to become its chair. In the Museum, she started the project CONSERV’D to transform our conservation and scientific documentation procedures. In early 2018 she contributed her expertise to the AHRC-funded international project Linked Conservation Data where she led discussions on documenting the evaluation of conservation treatments.

These examples are just a snapshot of Jenny’s huge contribution to research, conservation and collections care in the Museum and the wider profession. And, of course, there was so much more to her life.

Jenny was a person of great principle, often asking challenging questions of managers and pointing out inconsistencies in the way colleagues were being treated. She became a passionate believer in the unfairness of the long-term employment of staff on short-term contracts. Her outstanding work with the Cambridge branch of the University and College Union (CUCU), from freezing on the picket lines in the USS pensions dispute of 2018 to becoming President of CUCU in 2019, has already been celebrated in a moving University and College Union tribute. Jenny had a deep sense of justice and was determined to bring about positive change in the world. She set a brilliant example for us all.

As a trumpeter she was a key member of CSD Brass, regularly performing on her flugelhorn at concerts, occasionally as a soloist. She was a keen member of the Women’s Institute, starting up a new branch in Cambridge very shortly after having first moved here. She was also a crafter of wide and varied talents, each year giving hand-made Christmas presents to colleagues.

Jenny was a fantastic colleague upon whom you could always depend. Equally willing to help others and learn from them, she always wanted to share credit. Her straightforward approach and good humour made things feel easy and her calm confidence was infectious. To many of us, Jenny was also a loyal friend. She knew how to listen, which made her very approachable, to talk to and to confide in. She truly cared about others, and often stood up for people who didn’t feel able to speak out.

Jenny was a very private person. She did not share widely the progress of her illness and many of her colleagues were unaware of the recurrence of her cancer until they received news of her death. On 6 June, Jenny and Justin, her partner of 17 years, were married in Addenbrooke’s Hospital. Jenny’s immediate family were with her when she died.

The loss of Jenny is a massive blow to her Fitzwilliam colleagues and friends, personally and professionally. We remember her with the greatest respect, affection and gratitude. 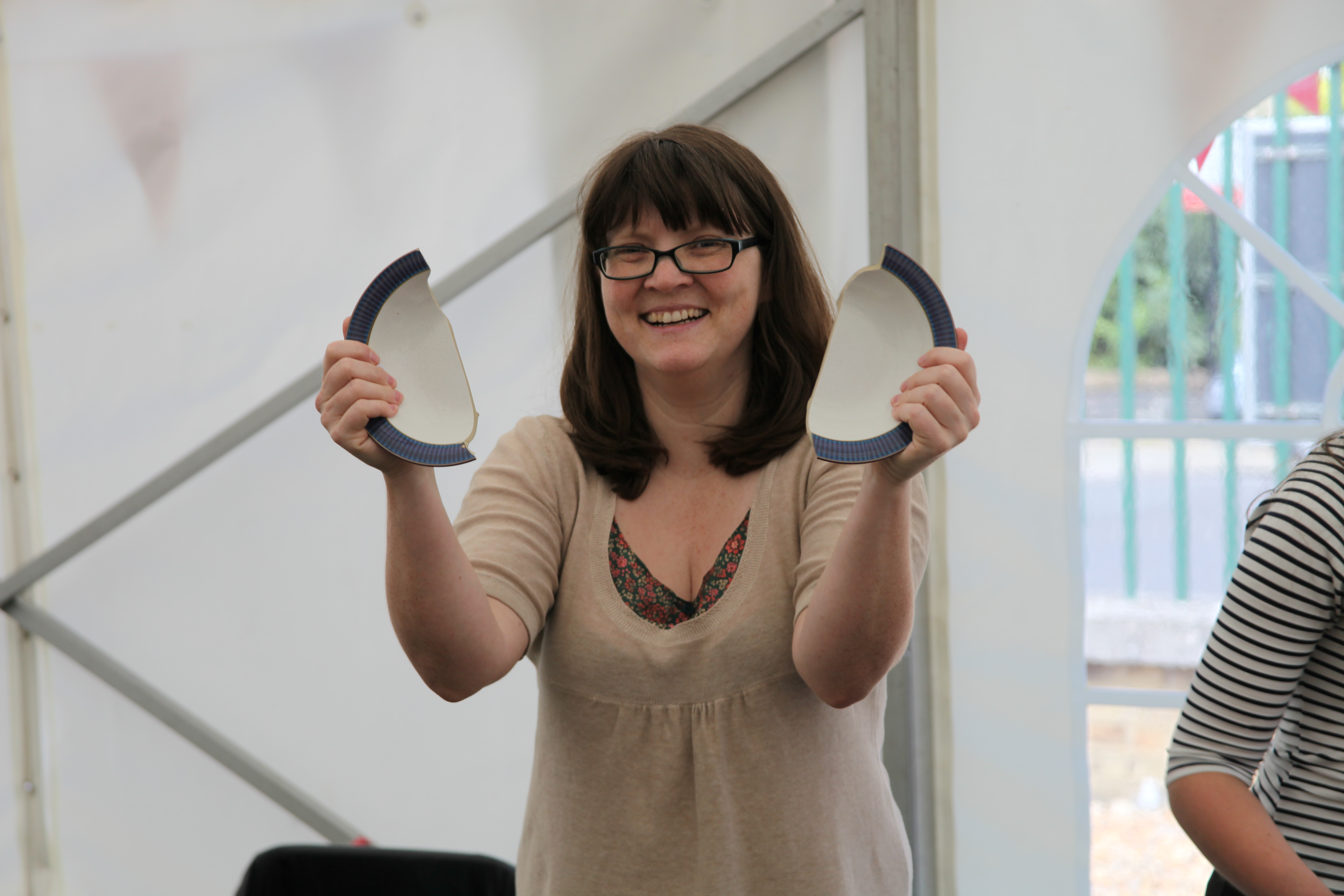 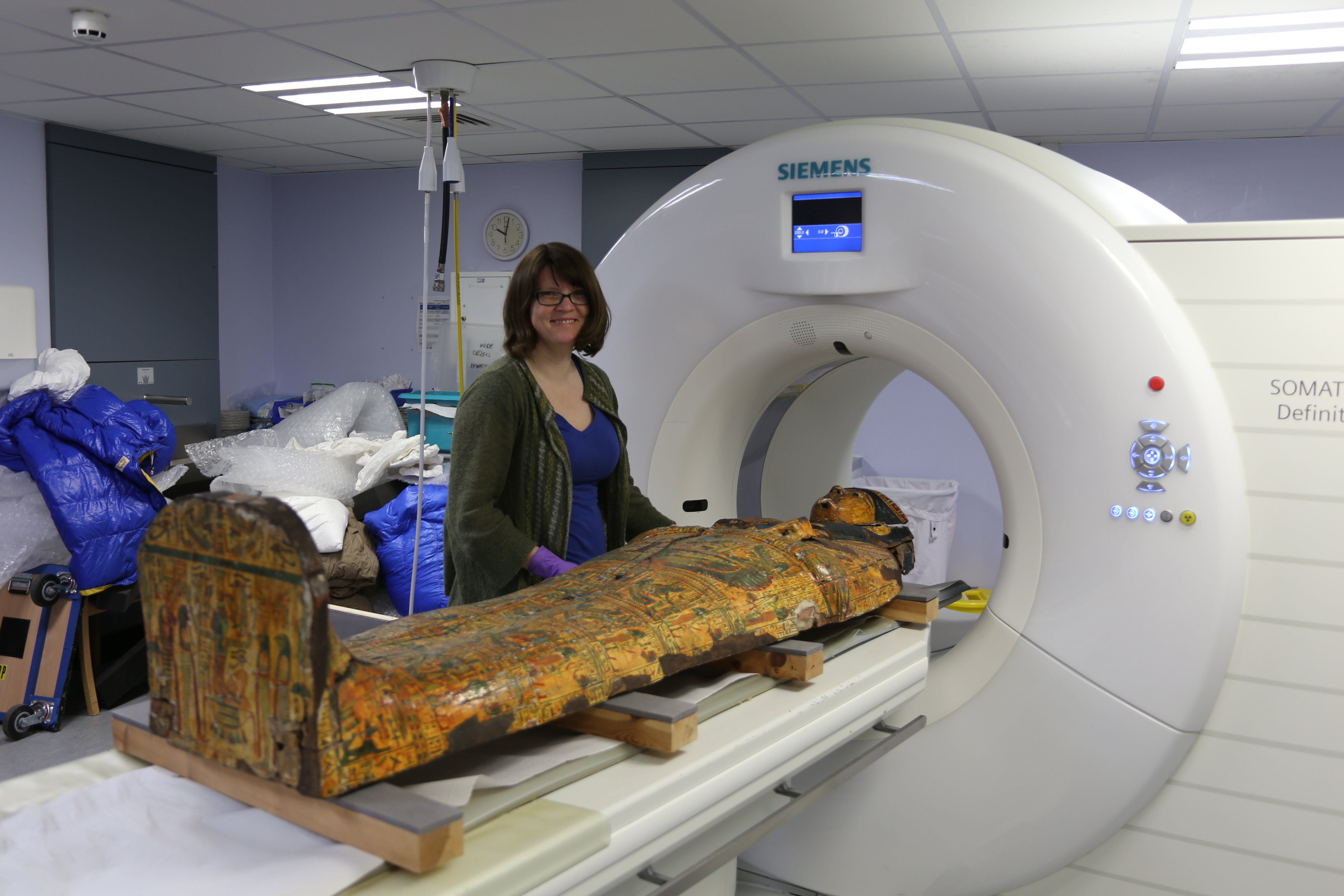 Jenny with the inner coffin lid of Nespawershefyt at Addenbrooke's Hospital. 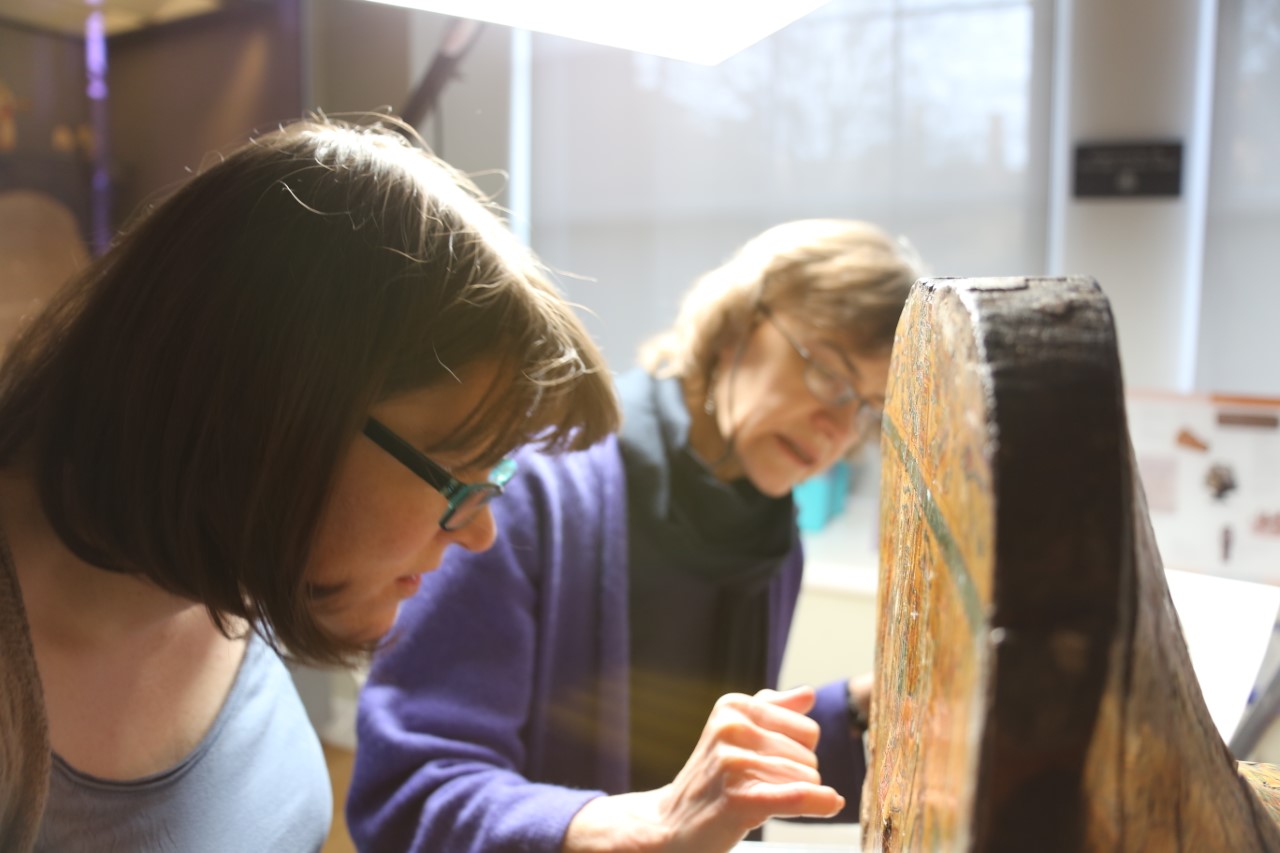 Jenny at work with the Museum's Head of Conservation, Julie Dawson. 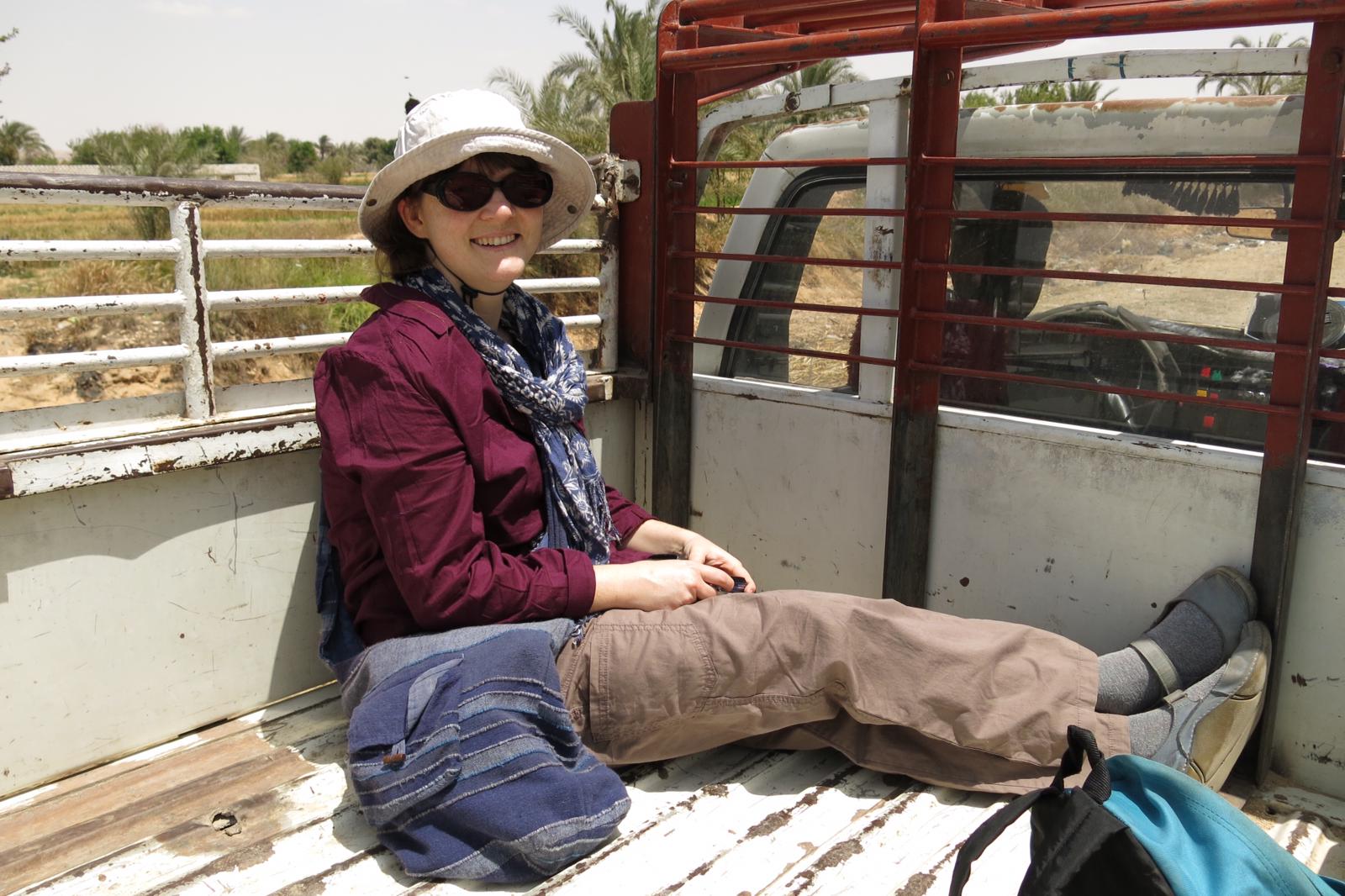 Jenny at Tell el-Amarna in April 2013.
Previous Next