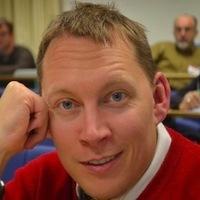 Dan was previously Digital Humanities lead at the British Museum, where he designed and implemented digital innovation connecting humanities research, museum practice, and the creative industries. In doing so, he has created extensive cross-disciplinary and cross-sector networks. He is an advocate of open access, open source and reproducible research. He holds Honorary posts at UCL Institute of Archaeology and the Centre for Digital Humanities and publishes regularly in the fields of museum studies, archaeology and digital humanities.

Dan’s first major project at the British Museum was to design and build the award winning Portable Antiquities Scheme database (which holds records of over 1.3 million objects) and enabled collaboration through projects working on linked and open data (LOD) with ISAWNYU and the American Numismatic Society, crowdsourcing and crowdfunding (MicroPasts), and developing the British Museum’s 3D capture reputation. Daniel is Fellow of the Society of Antiquaries, London and the Royal Geographical Society.