The Oasis Community Centre, owned and run by the Wisbech Community Development Trust in the Waterlees Ward of Wisbech (the most deprived Ward in Cambridgeshire), provides support and activities for people of all age groups, abilities, interests and needs in the local area.

On the 29th May 2019 we popped-up outside the Oasis Community Centre. It was half-term, so there were some activities for children and families inside the centre and this influenced our demographic. We were keen to find out how the audience at this venue compares to the Rosmini Community Centre located on the other side of town. The demographic of visitors at the Oasis tended to be predominantly British and female, specifically from two age groups; 18-30, and over 65. In contrast, the Rosmini facilitates more migrant visitors who tend to be male and aged between 20-65. We had approximately 20 meaningful engagements with visitors (3 minutes or more) and made impressions (an engagement of fewer than 3 minutes, including glances by passers-by) on an estimated 30 people. The majority of visitors were young families with young children, and people over 60. The majority of adults that engaged with us were female.

One particularly memorable encounter was with a seven-year-old boy who was particularly intrigued by our Pop-Up! He first spent some time cycling past the Oasis Community Centre before deciding to approach us. He was interested in the coffin fragments on display and wanted to replicate what he saw. He spent about an hour with us, first making a paintbrush, then painstakingly painting, ensuring the colours were exact and making sure he didn’t paint outside the lines! 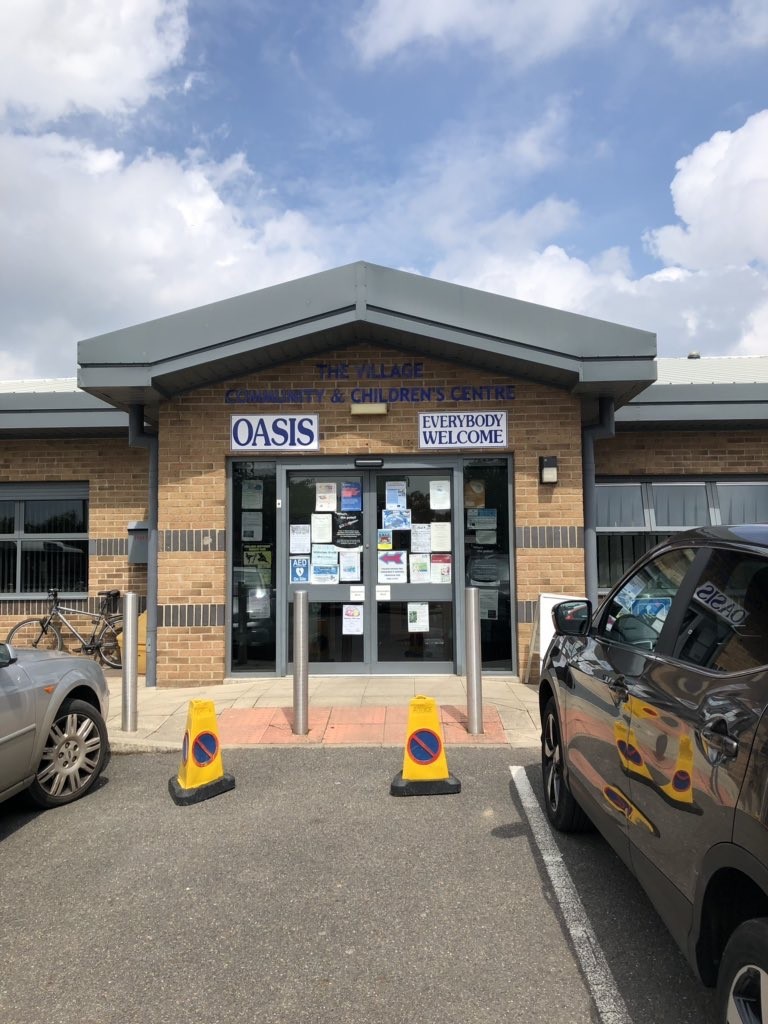 Exterior of the Oasis Community Centre in Wisbech. 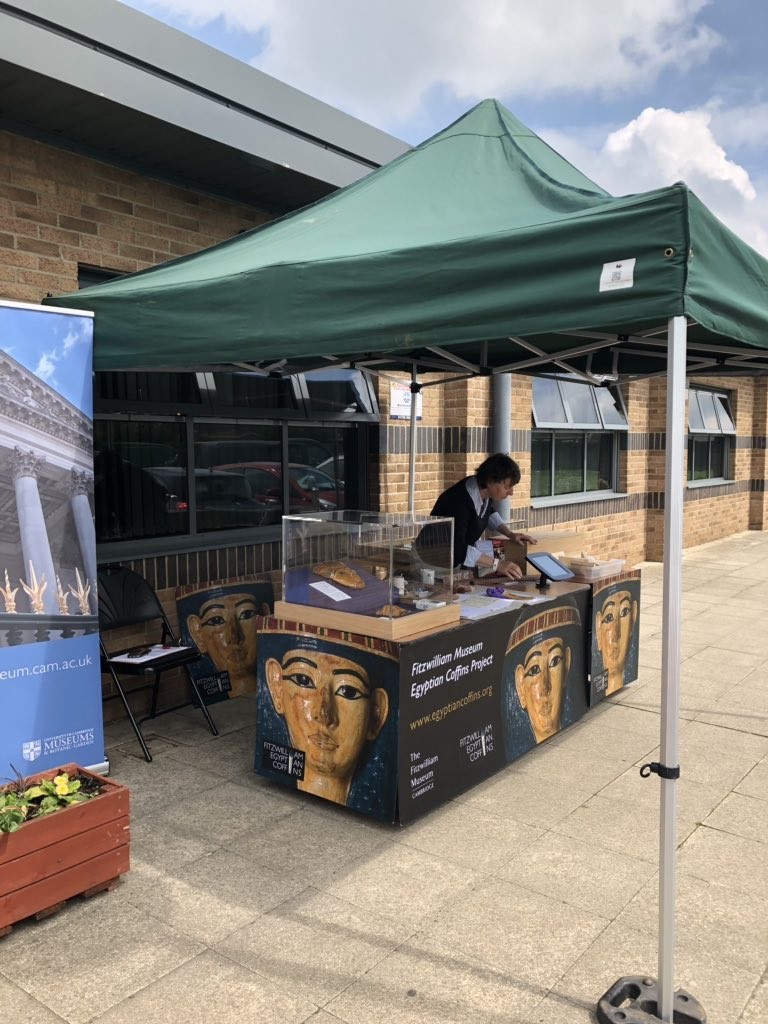 The Pop-Up Egyptian coffins project outside the Oasis Community Centre in Wisbech.
Previous Next