The Fitzwilliam Museum reveals the results of its in-depth study of its ancient Egyptian coffins collection. A new website, The Egyptian Coffins Project, featuring high-resolution images, films, virtual models and technical reports of the construction and decoration of coffins is now available (March 2019). Website users will be able to discover ancient Egyptian coffins like never before! The website launch is accompanied by a series of pop-up events in secret locations in and around Wisbech.

Traditionally Egyptological research has focussed on either the iconography, the textual content of the decoration, or the technology of the structure and decoration. The Fitzwilliam Egyptian coffins research is unique because it has brought together Egyptologists, conservators and scientists in a collaborative project and uses advanced scientific imaging techniques to produce a new holistic understanding of not just the coffins, but also the people who were buried in them and the artisans and craftsmen who made them.

“It’s about people rather than weird gods that sometimes appear on ancient Egyptian coffins. Although we will cover the usual hieroglyphs and funerary beliefs of ancient Egyptians, what we’re looking at is people. The people who made the coffins, the construction of them and what we’ve found out about the people for whom they were made. We’re offering a whole new perspective on Egyptology.

“Our collaborative approach, plus the use of Computed Tomography (CT) scanning and X-radiography to the study of coffins, has allowed us to make sense of the things people normally can’t see - for example, the different types of joints and carpentry techniques used to make coffins and the order in which pigments were applied. We can even tell that the Egyptians reused wood from older objects, including other coffins, in the production of new ones!”

It’s hoped that the website will become a portal into Egyptian coffin projects around the world, giving researchers the opportunity to compare their results with those of the Fitzwilliam team.

The launch of the website coincides with a new outreach project for the Museum: The ‘Pop-Up’ Egyptian Coffins Project (supported by a grant from the University of Cambridge’s Arts and Humanities Impact Fund). From March until the end of June 2019, researchers will be out and about, in Wisbech, giving people a chance to see some of the Museum’s ancient Egyptian objects. There will also be opportunities for people to talk directly to the experts, learn about ancient woodworking techniques and participate in hands-on activities, such as making and using your own ancient Egyptian paintbrush. The pop-up dates are fixed but locations are being kept a secret to keep the element of surprise. The team plan to use social media and ‘the word on the street’ to publicise the venues as they arise! March dates: Thursday 21, Tuesday 26 and Thursday 28 March 2019. April dates: Thursday 4, Saturday 6, Tuesday 9, Friday 12, Wednesday 17, Thursday 18.

About the Fitzwilliam Museum Founded in 1816, the Fitzwilliam Museum is the principal museum of the University of Cambridge and lead partner for the University of Cambridge Museums (UCM) Major Partner Museum programm, funded by The Arts Council. The Fitzwilliam’s collections explore world history and art from antiquity to the present day. It houses over half a million objects from ancient Egyptian, Greek and Roman artefacts, to medieval illuminated manuscripts, masterpiece paintings from the Renaissance to the 21st century, world class prints and drawings, and outstanding collections of coins, Asian arts, ceramics and other applied arts. The Fitzwilliam presents a wide ranging public programme of major exhibitions, events and education activities, and is an internationally recognised institute of learning, research and consrvation. 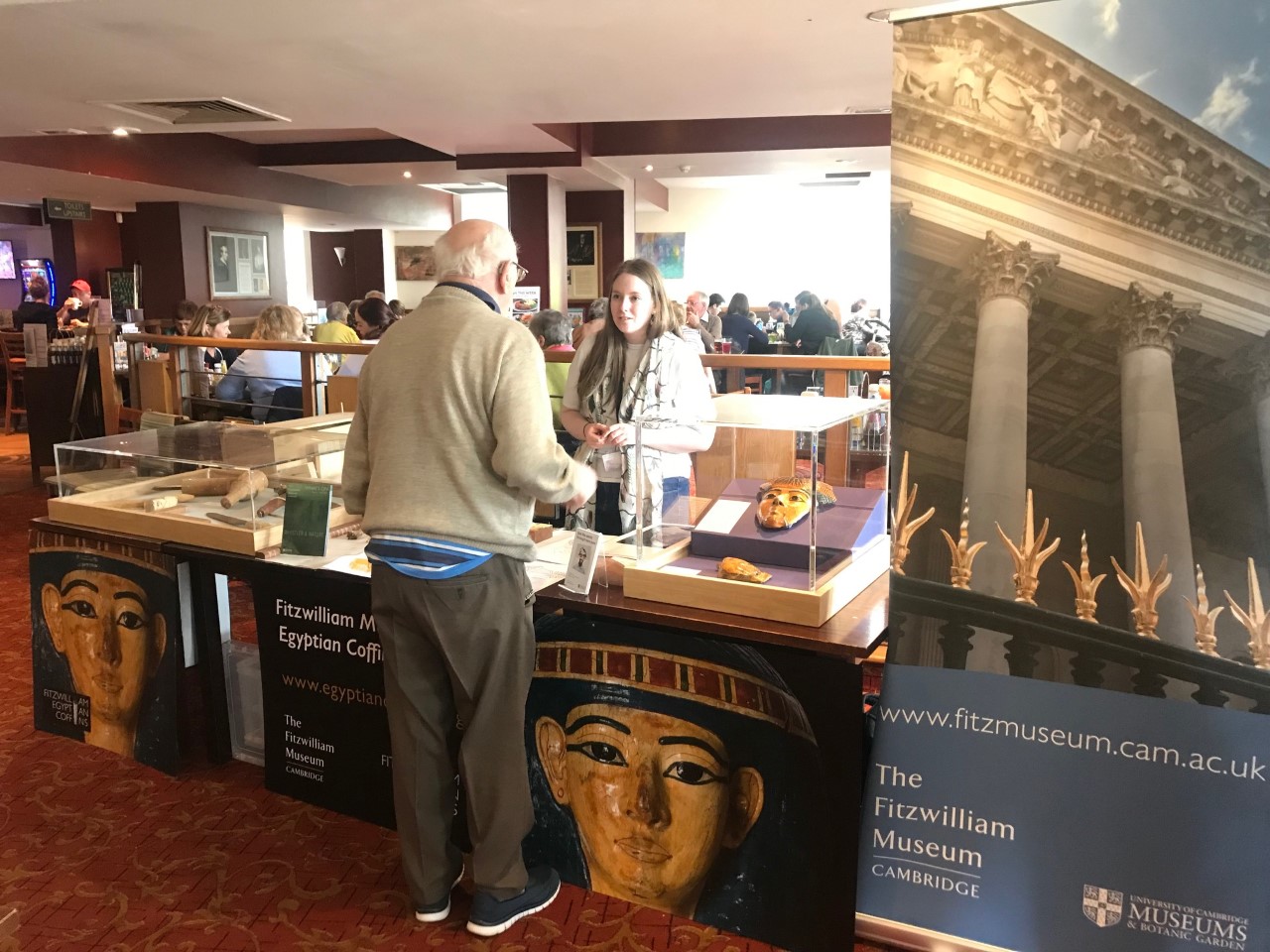