Death on the Nile: conversations from a gallery lab

The exhibition ‘Death on the Nile: Uncovering the afterlife of ancient Egypt’ at the Fitzwilliam Museum opened on 23 February and has had an incredible number of enthusiastic visitors!

This unusual display of coffins and other funerary objects hasn’t failed to fascinate and, judging from the type of comments we have had so far, has encouraged visitors to consider the craftsmanship, resourcefulness and ingenuity of the people who made them.

The exhibition offers a fresh take on Egyptian objects and while the ritualistic and religious aspects are visible in the decoration, visitors need to delve deeper below the surface and are, quite literally, taken through the layers that compose coffins, shabti boxes, and cartonnage masks, among others. If you are looking for the answer to the question “how did they make it?” the ‘Death on the Nile’ exhibition is where you’ll find it.

From my position in the gallery conservation lab I have the chance to explain the great conservation and curatorial effort that has allowed so much information to be available, but also to answer questions and hear comments.

One of the points of great interest is the CT scanning of Nespawershefyt’s coffin (see Image 1 below); there is a long history of scanning mummies, as this is a non-intrusive method to reveal what’s under the wrappings. However, the scanning of coffins is a bit more unusual and we are thankful to Addenbrooke’s Hospital in Cambridge for the opportunity to use their equipment. The scans, which are shown in digital interactives close to the objects on display, show everything from wood joints, tenons and repairs to the variety of pieces that composed the coffins. The fact that so much of what exists below the surface can now be understood without causing disruption to the object is amazing.

The same goes for the use of Ultra-Violet and Infra-Red light and VIL (Visible-Light Induced Luminescence), simple techniques that allow the presence of various organic and inorganic materials such as pigments, dyes and retouches to be detected and photographed.

“What type of wood is it made of?” is a popular question. A wood anatomist from the British Museum, who has many years’ experience in the identification of trees used in ancient Egyptian objects, helped us to provide an answer. Very small samples of wood were taken from our coffins and examined with a scanning electron microscope (SEM). This gives magnified images of their cellular structure (people often find these images similar to honeycomb, to give you an idea); since each type of wood has distinctive features, an identification can be made.

The prevalent building material is the sycomore fig tree (Ficus Sycomorus, and yes, we did spell it right!), as well as tamarisk, acacia Nilotica and sidr (aka Christ’s thorn). These trees are all found in Egypt. A woman called Nahkt was buried in a remarkable coffin made of imported cedar of Lebanon, beautifully painted in the Palace façade style and really worth seeing. During conversations with carpenters and wood workers who came to talk to me, I gathered that many of the ancient types of wood joining are still in use today and I thought it was good to find familiarities between cultures so far away in space and time.

Pigments and the way they were made into workable paints that created so many iconic figures and compositions are also a subject of fascination. The area around the gallery lab displays examples of the minerals that were used as pigments by the ancient Egyptians as they are found in nature. The process of grinding them, mixing them with a binder and applying them to an especially prepared surface are explained and illustrated through modern recreations and videos (see Image 2 below). The mysteries that are Egyptian blue and orpiment are revealed and they are the subject of many an exciting conversation around the lab.

And last but not least, I am obviously asked what I’m doing while staring down a stereo microscope, hardly moving at all. I have been working on one of the decorative panels from what is known as a Qersu coffin, of which only parts survive today (see Image 3 below). Found in a government official’s tomb in Abydos in 1925 and these days a bit worse for wear, the carved panel poses conservation challenges in the often physically unstable and friable condition of its surface decoration, made of a calcium carbonate-based paste and a red earth pigment. The layer of dirt that covers it is often bound to or hardly distinguishable from the original surface and the level of cleaning and consolidation required must be constantly re-assessed. I find many people are quite perceptive to the ethical aspects of my job and quite interested in what the approach to the conservation and preservation of artefacts is, these days. 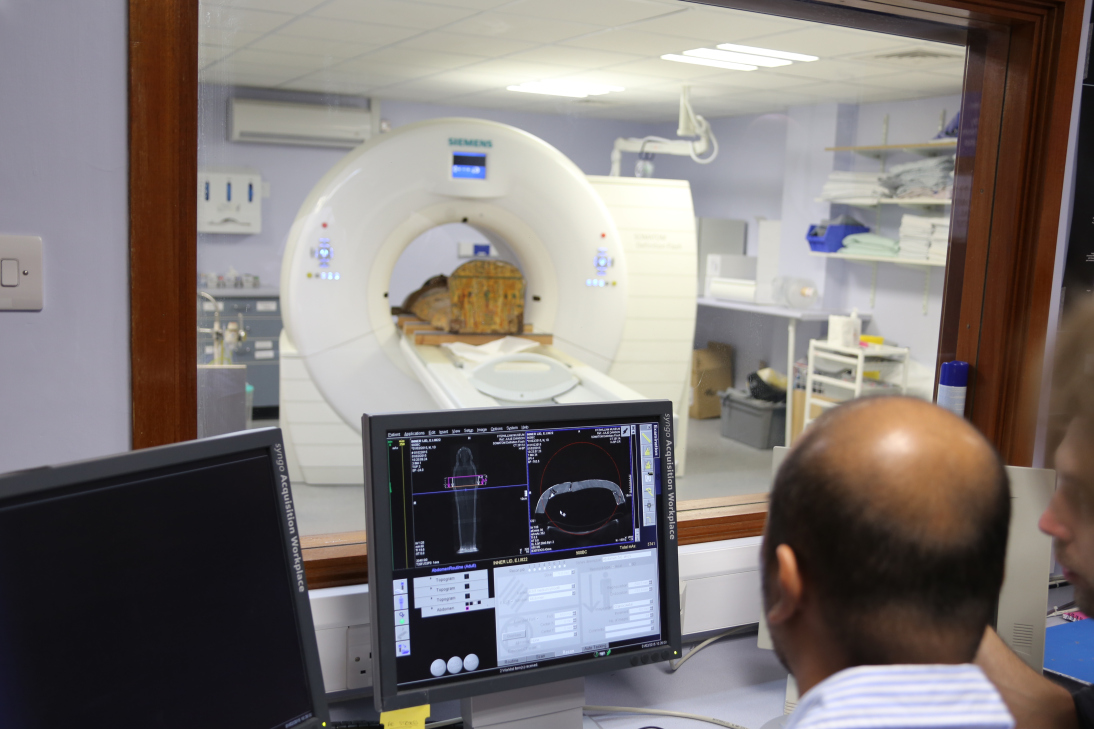 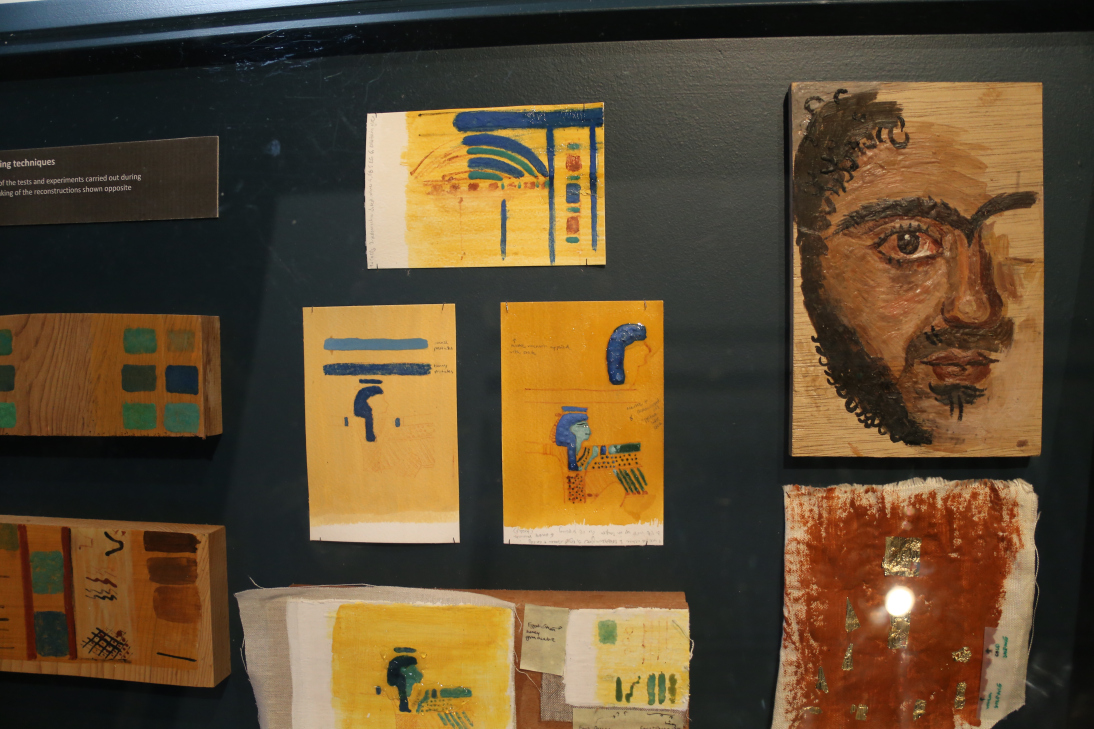 Image 2: Experimental recreations of coffin decorations, made with the same materials and techniques the ancient Egyptians would have used.

Image 3: The only surviving corner post of a Qersu coffin found in Abydos in 1925.
Previous Next